Posting Travel Videos and Why I Took All Mine Down

August 8, 2019 in Marketing, Reflections From the Field, Videography

Ten years ago, I traveled to Fiji in the name of humanitarian aid, and I didn’t last two months. I left in a state of shock and didn’t look back for five years. During that time, I built a privileged career off the travel videos I produced in Fiji: twenty-two videos that captured hurricanes and intimate funerals, farm visits and cow slaughters, food and people in a remote community in the Highlands.

I didn’t look back because I was confused and afraid. I didn’t know how to revisit those memories because my impact did not match my intent. It was hard to accept that I inflicted trauma on people I cared about, and then I flinched when the trauma redirected towards me.

A lot happened in Fiji that I was too culturally illiterate to understand, and this—I notice—happens a lot. It’s still happening after centuries of brutal ignorance. People with strong passports and disposable incomes thrust themselves into the world to have interactions for which they are not prepared, dissonance they cannot grasp if they also maintain an uncontested worldview and sense of self.

I think many choose to move on from confusing periods of their lives or experiences they didn’t quite understand. Avoidance is often an advantage of the powerful, self-preservation an easy defense against accountability.

It took five years, but I slithered out of denial and flew back to Fiji to understand what happened. I saw my old English students and noticed how tall (and shy) they had become. I reconnected with friends and confirmed my surreal memories from our time together weren’t dreams at all. And I met with my former hosts and made amends for my ignorant takeover of their lives that southern summer of 2009.

Returning to Fiji released a bottleneck of questions about travel and service and culture and power. A few years later, I decided to make sense of it all by writing a memoir.

As a writer, I was grateful to have photographs and journal entries to recall a two-month period I mostly repressed, but it was the travel video series that proved most valuable in bringing Fiji back to me: the flutter of the local dialect, the English classes I conducted with kids who loved balloons, the audible clink of the metal pestle pounding kava for a drink after dusk. Each of the twenty-two videos highlighted an eventual plot-point or feature of Fijian culture I planned to cover. I saw them as concrete evidence that my story was rooted in reality.

On that return trip to Fiji, the village youth surprised me by saying they liked watching my videos on YouTube while away at boarding school or deployed with the military. They watched the farming video on repeat, the swimming video for laughs, the unusual cuisine video featuring snakes and wild boar with a sense of pride. At first I was flattered that my videos brought them joy, but feeling surprised by this viewership made me aware that the village residents were never my intended audience.

Soon, dozens of residents requested my Facebook friendship, and I further realized I saw those two worlds apart: the village and the Internet. I didn’t expect my filming subjects to be my content consumers, too.

A quick search of their village name revealed that my media dominated their Google space. Not only did I neglect the local perspective on my documentation, but I digitally colonized their village with my own voice. It wasn’t as though I had explicit messaging I didn’t want them to hear; everything that embarrassed me was implicit. Their gaze revealed myself to me.

I did bring consent forms—in English—but I didn’t use them. Deep down I knew my filming goals could be in conflict with the intentional processing of voluntary, informed permission. I knew marketing a service project could bring in donations and volunteer support. Within my limited earshot, the practice of publicizing service work wasn’t openly questioned, because I grew up in a society that commended mission work as the pinnacle of good.

And I believed the act of filming brought legitimacy to my service project. Starting off with a camera in hand made my filming harder to question or stop. I relied on the power play of seek forgiveness not permission, knowing their culture to be non-confrontational. Asking the village representative for consent to film was the proper local protocol, which I did, but how could he say no if I’d already started? How could he object to filming if he already approved my project? How could he know the angle I would take on his culture? How could he resist if I had the power to expose his community to a global market of paying visitors?

The more I dug into the memoir, the more I noticed my power plays. These discoveries formed the dark tunnel that was my first draft, but I moved through it and gained the distance with which to see the necessity of that emotional labor. I am better for it.

I decided to take those travel videos down. I didn’t want them visible to the next person who might see them as permission to conduct their own invasive reportage of a community that let them in. The Internet doesn’t need one more example of volunteer-centered vlogging.

In making my perspective the center of the videos, I failed to capture what really brought me to Fiji: a deep admiration of the strong sense of community and their intimate connection to the most gorgeous land I’ve ever seen. I failed to ask them to teach me about their point of view on family and subsistence and finding lightness in struggle. If I really wanted to capture the voice of the village, I would have aligned with them to produce travel videos that reflected who they are, not how I saw them.

It was a missed opportunity I’m trying to seize now with writing. Thanks to the ubiquity of Facebook Messenger, I can ask dear friends the cultural questions on which I’m unclear. They help me avoid reconstructing memories for the time when I lived in their world. I know my book will represent the only book published about this village, but this time I’m writing for them, endeavoring to reflect their values and make them proud.

And I’ve also started the process of securing consent to use identifiable information about characters I care about deeply, knowing I must explain until it is absolutely clear that the power and ability to self-preserve rests fully in their hands. 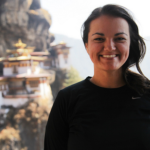 Lindsay Clark is a writer and former educator newly based in Denver after spending the last eleven years abroad. She received her MFA from Goddard College and is finishing her first book about cross-cultural relations set in the Highlands of Fiji. Lindsay is also a college tutor, a new media artist, and a sourdough bread baker with a micro bakery in Denver. To connect with Lindsay, you can find her on Nomadderwhere.com as well as Facebook and Instagram. 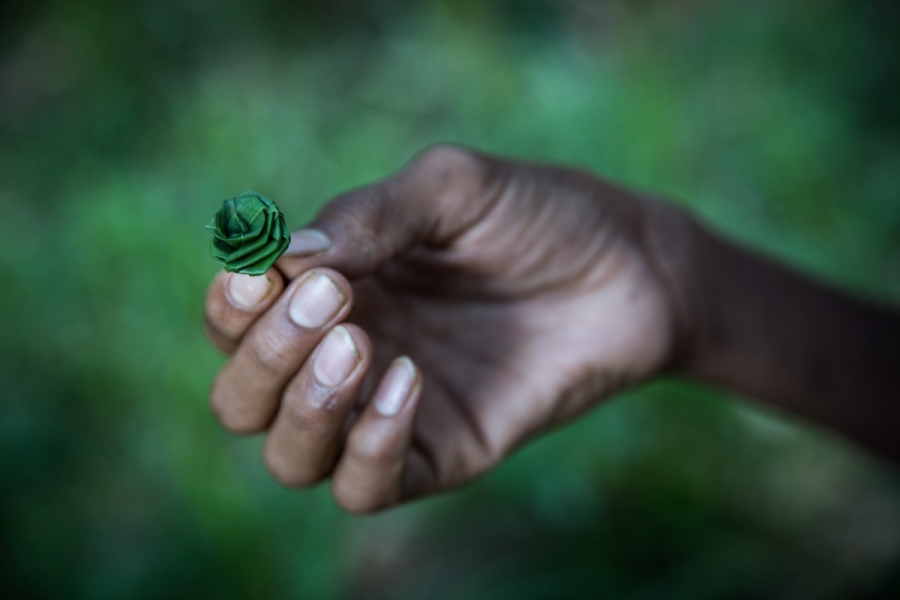 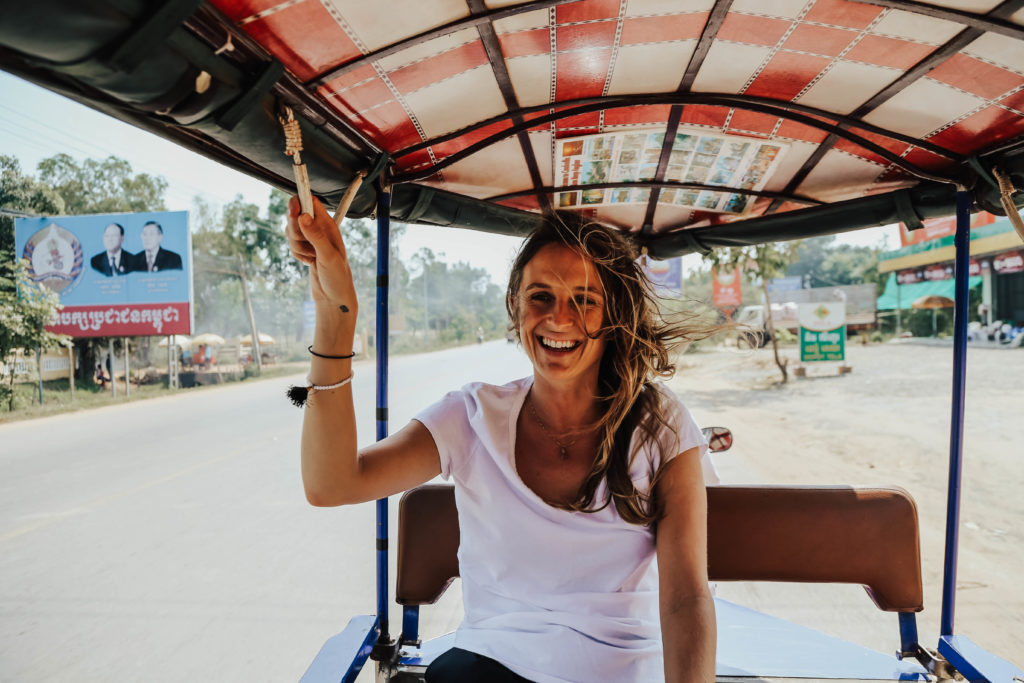 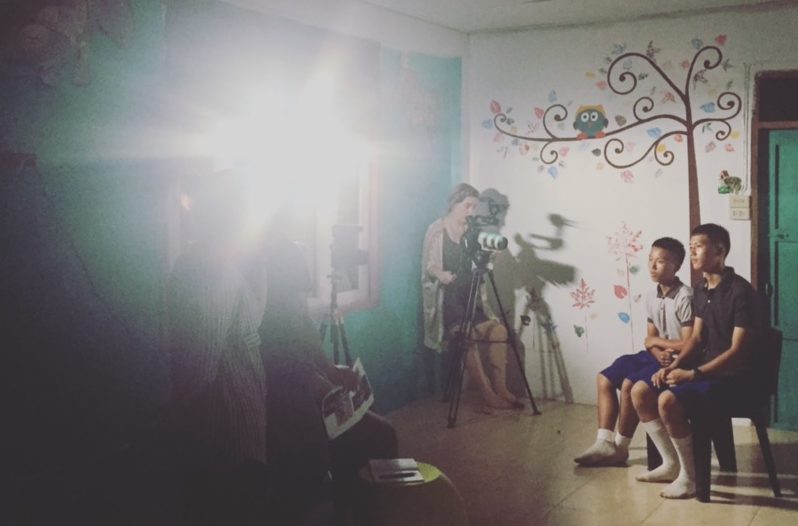 April 6, 2018 Reflections From the Field: A Filmmaker’s Perspective on Ethical Storytelling Read More