A Different Kind of Ending for Stories of Refugees

February 21, 2019 in Interviewing, Reflections From the Field, Stories

How do I end these stories? I asked myself as I began writing a book about refugees who had resettled in Australia. As a freelance writer and English teacher, I started the book in 2014 hoping to soften the tone of the public debate around asylum seekers.

The people I interviewed all had incredible stories of escape, but their resettlement stories were more complex because many still struggled on various fronts. For example, a married couple from Iraq, Sabah, a playwright, and Lamia, an actress, were grateful for their newfound safety, but they also spoke of loneliness and nostalgia. A happily-ever-after ending to their story felt unsuitable, but I still had to figure out how to bring it to some sort of conclusion for my book.

When I started following the Ethical Storytelling podcast, I learned about an organisation that had written about a homeless youth whom they had helped find housing. Unfortunately, when the youth became homeless again later, he was too ashamed to go back to the organization for help because he felt he had failed to live up to his own success story. I understood then that simplistic story narratives can project unrealistic expectations, essentially setting people up for failure. The traditional story model – situation, complication, resolution – was inadequate for me as a non-fiction writer because real life is messy.

It was Mark Twain who gave me a different way to think about stories. He wrote: “A tale shall arrive somewhere and achieve something.” Instead of neat resolutions, my refugee stories could arrive somewhere and achieve something by answering the question: What was it to be you? I co-opted this question from the writer Joan Didion. In advocating for keeping a notebook, she once wrote, “Remember what it was to be me: that is always the point.”

By turning her phrase into, what was it to be you?, I found a new writing goal. I love the context of Didion’s question because one’s notebook usually goes beyond obvious matters such as hobbies, family, and job. If it’s any good, it has to speak to ethereal matters such as hopes and dreams, fears and regrets – unquantifiable, but no less real.

In order to answer what was it to be you? and arrive at a different kind of ending, I now incorporate these three practices into my interviewing and storytelling process.

1) Adopt a posture of receiving, not giving

It takes humility and a certain grace to receive from another. It took me a while to learn that I was not giving refugees a voice; they were giving me their stories.

When I stood up to leave after my first interview with Sabah and Lamia, she invited me to a biryani lunch the following Saturday. Smiling widely, she suggested that I eat with the family before our next interview. Knowing that she was a busy mother and grandmother, wanting to spare her extra work, I politely declined her invitation. When her smile lost its sparkle, I realised that I had rebuffed her kindness and generosity.

Lamia made lamb pizza for afternoon tea the following week, but I knew that I had squandered a terrific opportunity by turning down her previous offer. The simple act of sharing a home-cooked meal can move a relationship beyond interviewer-interviewee to something more akin to friendship. And friendship is where a writer has to be if he or she wants to answer the question, What was it to be you? with any success.

Writers usually start with an idea of where a story is likely to go. My general outline for every refugee story was: causes of displacement, journey, resettlement. While I held these three points at the back of my mind, I started interviews with a simple request: Tell me your story.

I try to make my questions as open and non-directive as possible to let people begin their story where they feel appropriate. Once they start talking, I try not to interrupt their flow. That way I can observe how much time they spend on different elements. This tells me what they regard as important.

As Sabah and Lamia told me their story of escape from Iraq after Sabah was blacklisted by Al-Qaeda, another aspect of the story kept surfacing–it was how Sabah, a Muslim, married Lamia, a Mandaean (Mandaeism is an ancient sect that follows the teaching of John the Baptist). On account of their different religions, their families had strongly opposed their romance. Because this seemed so central to their story, I asked them about it even though love and courtship wasn’t part of my outline.

It is not only more ethical to allow the story to be shaped by the interviewee’s lived experience rather than the writer’s agenda, it is also far more likely to reveal fresh insights and deeper truths.

When I first started interviewing, I would often be looking down, furiously scribbling notes. Since then I’ve learned the importance of giving people my full attention, even when they are silent. Silence can say a lot. I try to be fully present in any retelling: to feel what my interviewees feel, to sense their shifting moods and to observe their body language.

As Lamia began to answer my question about marriage, she started fingering her wedding ring, turning it round and round fiercely, obsessively. She spoke in rapid-fire Arabic. Her son was no longer interpreting. He was running an English commentary on her performance. After Lamia finished, Sabah wiped away a tear. None of us spoke. It was as if we had witnessed something so personal that it was sacred. By watching Lamia and allowing myself to be carried along in the stream of her emotions, I gained a glimpse into her soul and understood something of her pain – still visceral after three decades.

It is only by being fully present can we begin to understand how a sequence of events has affected another person. Intellectual knowledge alone will never bring us to this place. When we feel what they feel, we arrive at a vantage point from which we start to understand what was it to be you? A key aspect to answering the question is to discover what they see as the point, the meaning, or the crux of their experience.

After Lamia’s retelling, Sabah finally said, “The human being comes first. So it doesn’t matter what religion…for example, you are different to our religion, but I respect you as a human being.” Sabah and Lamia taught me that we should always engage with people as humans first. I felt that this insight was the crux of their story and made it a central theme.

I ended their story with a quote by Sabah where he described nostalgia for the company of old friends who share his memories and know his work. I also described how Lamia is grateful for the peace in Australia …

Yet she misses her life in Iraq where she could discuss anything and speak openly on any topic with friends; such is the power of language, to include competent speakers and exclude incompetent ones. And so she stops by the Franklin Street Church when she can, to attend English classes, hoping that one day English lines will come easily to her, freeing her to express her heart and her mind in her new home.

This is not a happy-ever-after ending, but the enduring image is one of moving forward with agency and hope.

Sometimes I find it helpful to think of real-life stories as phrases in a longer piece of music. Like a phrase, the story has a beginning, a middle or a crux, and an ending. But it is a special kind of ending, giving the reader a sense of completion while also making it obvious that the music of life continues.

Real-life stories that address the question what was it to be you help bridge the gap between people by creating empathy. Even if these kinds of stories might not fully or directly address a writer’s original goals, they can be very powerful. By helping us to see past obscuring barriers such as religion, ethnicity, and politics, they enable us to see others as humans first – a fine achievement and a worthy ending. 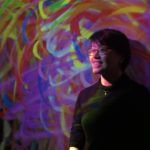 May-Kuan Lim is a freelance writer, who also goes by the name The Curious Scribbler. Read more about Lamia and Sabah and follow the serial release of May-Kuan’s book ‘Australia: Island of Refuge’ at her website maykuanlim.com. 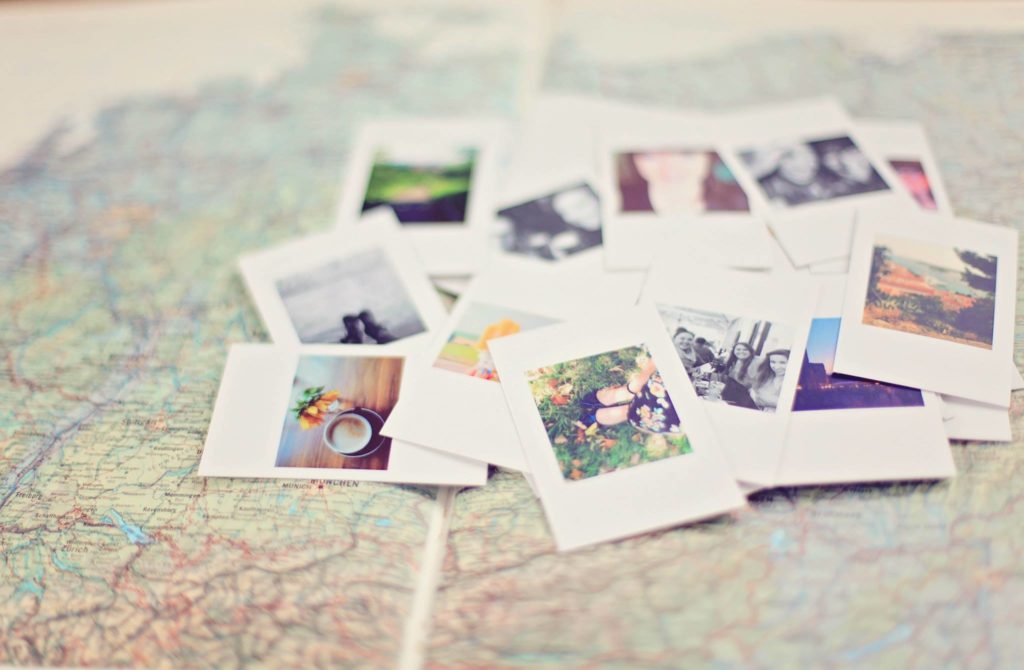 August 2, 2018 Is It Ever Unethical To Share A Secondhand Story? Read More 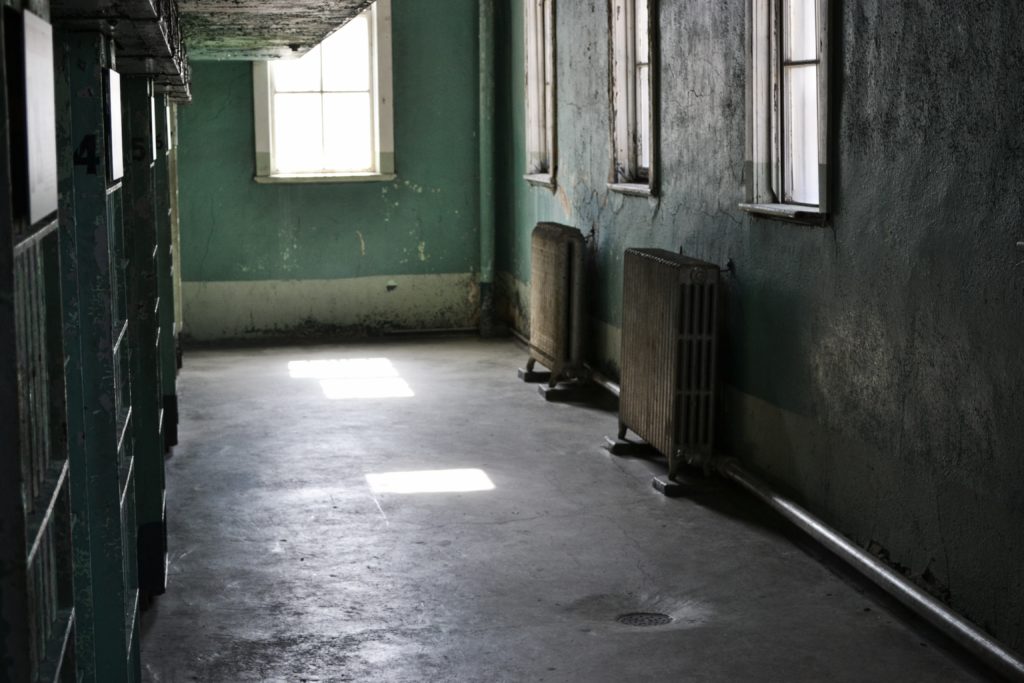