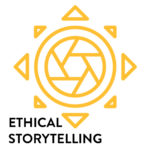 Gabriele François Casini founded GC Productions after several years of media, communications and advocacy experience within Médecins Sans Frontières and Save the Children. He worked in various contexts around the world, including South Sudan, DRC and Iraq. He took part in the response to the recent Ebola outbreak in West Africa and has been involved in projects assisting people on the move both in the Mediterranean Sea and on land in Greece.

Over the years Gabriele has been lucky enough to win a few photography and reportage awards and to have his work published by major media outlets, magazines and agencies, including National Geographic and the The Pulitzer Center on Crisis Reporting.

To listen to more, visit our Podcast page.